Challenges of life cannot be escaped but a healthy self-esteem could help battle these challenges.

Self-esteem is simply that feeling that we have about ourselves: our opinion about our life that – if not tampered with – could stay with us forever. Healthy self-esteem makes us feel positive about ourselves and life in general. It makes us strong enough to deal with the unavoidable ups and downs of life.

But when self-esteem is low, we see ourselves and our life in a negative way: we feel we have no chance of overcoming the challenges that life throws at us – and that’s too much pressure and burden for one person to bear.

Feeling you’re not enough is to be unfair at yourself: it’s to call God a liar – It’s not healthy!

Such was the story of a lady named Jane who grew up in a family where perfection is expected. Jane, when compared – as was the habit of his Dad – to her siblings, wasn’t “good enough.” As her Dad would always say.

Unfortunately – or so it seems – Jane (like her colleague in school always say) had a “small stature, and an “ugly face which resembles that of a boy.”

Jane was therefore ‘bullied’ daily both at home and in School! She lost confidence in herself and would – in shame – stay in her room for hours speaking with no one. Jane was never bold enough to participate in any competition. In fact, she has been called ugly so much that to take pictures is a burden to her. She would even dress how she has been called – “ugly!” And in the bid to protect herself she became an aggressive being –

All this seemed impossible until Jane changed her environment, picked up new hobbies and met this amazing friend who always told her: “God has a reason for putting such a smart mind in your petite (small) body.” She got better that she started smiling more: even in pictures! She appreciated herself more and became positive about herself enough to help others out of that same feeling of low self-esteem.

Does your story sound a little bit related to that of Jane: rejected, depressed, and frustrated?

Then let me share with you what helped Jane get better.

1. Be kind to yourself

Don’t be too hard on yourself. Imagine you have a friend whom you love so much and he is in your shoes – now, advice yourself nicely as you would advise that friend. We tend to criticize ourselves more than we would criticize other people and that could destroy us.

Be your number one fan: be the one to first of all tell yourself: “I am good enough. I am a child of God. I am amazing.” Be positive always. Be open minded

2. Recognize what you’re good at

Stop letting the expectations of the society, social media, friends and family pressurize you so much that you believe you’re a ‘good for nothing.’ It’s not worth it.

We are all good at something: singing, talking, sport, science, painting, reading, writing, solving puzzles, cooking – So, recognize what you love to do and do it often.

3. Surround yourself with the right people

What we hear people say to us affects our mind. You weren’t born with a low self-esteem you’ve only been made to believe so! Therefore, you should spend less time with those that bring you down and/or disrespect you. Build relationships with those that are positive and appreciates you.

Maybe you’ve always been made to feel stupid by your family or friends – summon the courage and tell them how you truly feel. There’s no magic to being courageous to say it. Just say it! Because, most times, they don’t even have any clue of the damage they are causing to your mind as they would still be the one asking: “why do you isolate yourself so much?!”
You already have a “No” before asking but asking gives you the chance to fight for a “Yes”… You have nothing to lose.

You really don’t have to say “Yes” every time!

If you know that a task would make you feel depressed, and/or frustrated – Politely reject it.

This would help you respect yourself more and know that your opinion, time and plans do matters.

Feeling nervous and/or scared are feelings that would never totally disappear. But you have to keep moving.

I wish I could give you a magical method to do that but I don’t know any!

But this I do know: Change your environment. Meet new people. Start asking questions in class/seminars. Start using your picture as your wallpaper. Join a group/community. Travel. Go to the cinemas and so on. Do things you wouldn’t do normally (with caution though).
Just set small systems/goals for yourself, like: “I would ask two questions in class this week.” And celebrate yourself when you achieve this.

{Read: Becoming a Better You}

I personally take compliments the same way I chew a gum: in that I enjoy the flavor while it lasts but never swallow it lest it chokes me – I advise you to do the same.

But I always accept compliments too.

I believe that when you reject the compliments over your work, then it means you disregard and devalue your work and that’s bad.

It’s like you’re saying: “oh. All my sleepless nights, money, starvation and so on is useless and foolish!” That sounds bad, right? Exactly! So, feel good. You’ve earned it.

Dear friend, just remember that life is “tasking” on its own, so…

If you make your mind believe that you are not good enough then you have already lost before you even started and have signed a lifetime contract with constant heartbreaks!

Low self-esteem is only a ‘feeling’ and a wrong ‘belief.’ You can unlearn the wrong belief.

Using the ways I’ve given above, you can beat that feeling and fight the challenges of this world with a healthy self-esteem.

The story behind this writing is by; Ifeoluwa Oyegbite.

Did this article help you? Then let me know what you think in the comments. You can also share your experience – it might help someone.

3 thoughts on “Low Self Esteem: the Enemy of a Brilliant Mind” 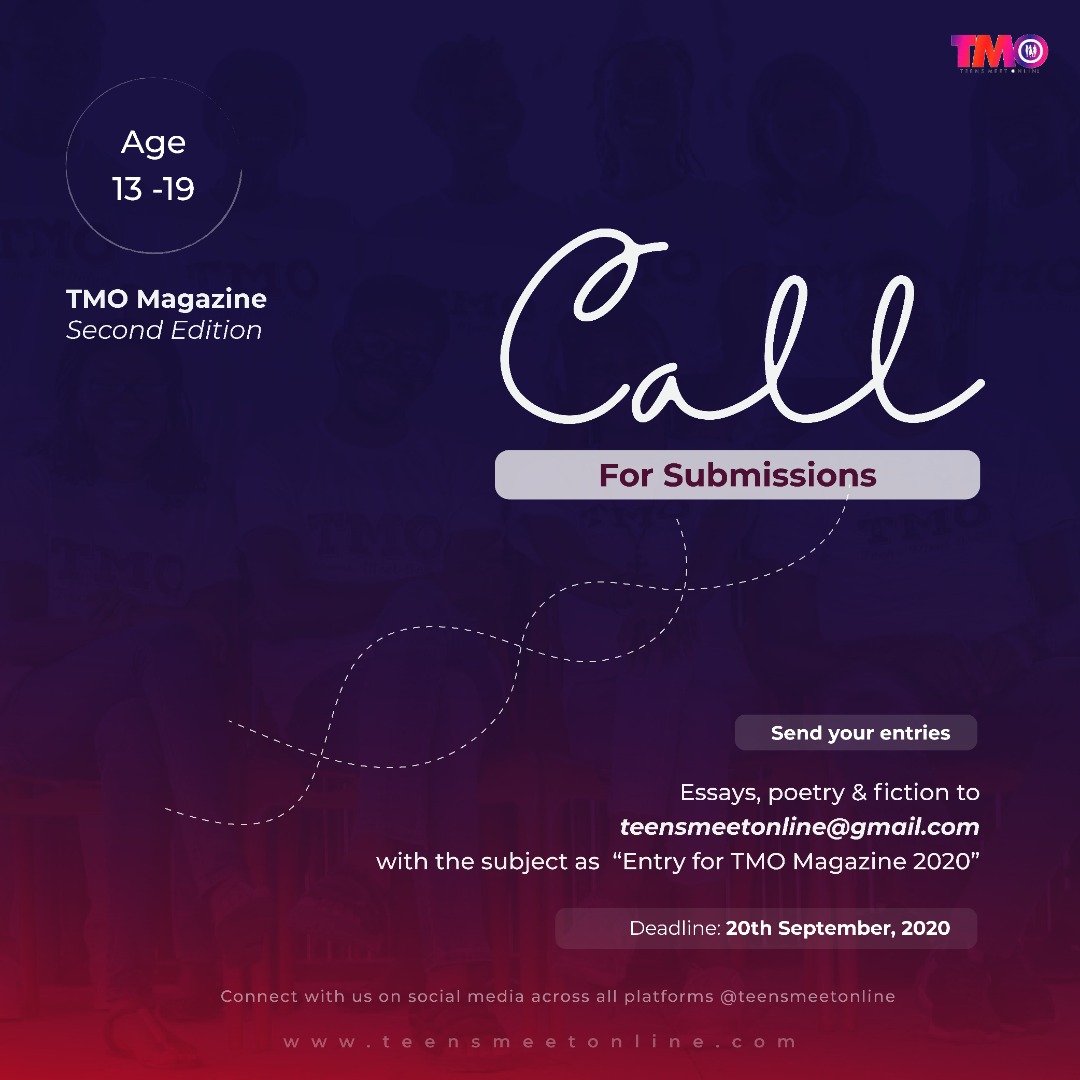 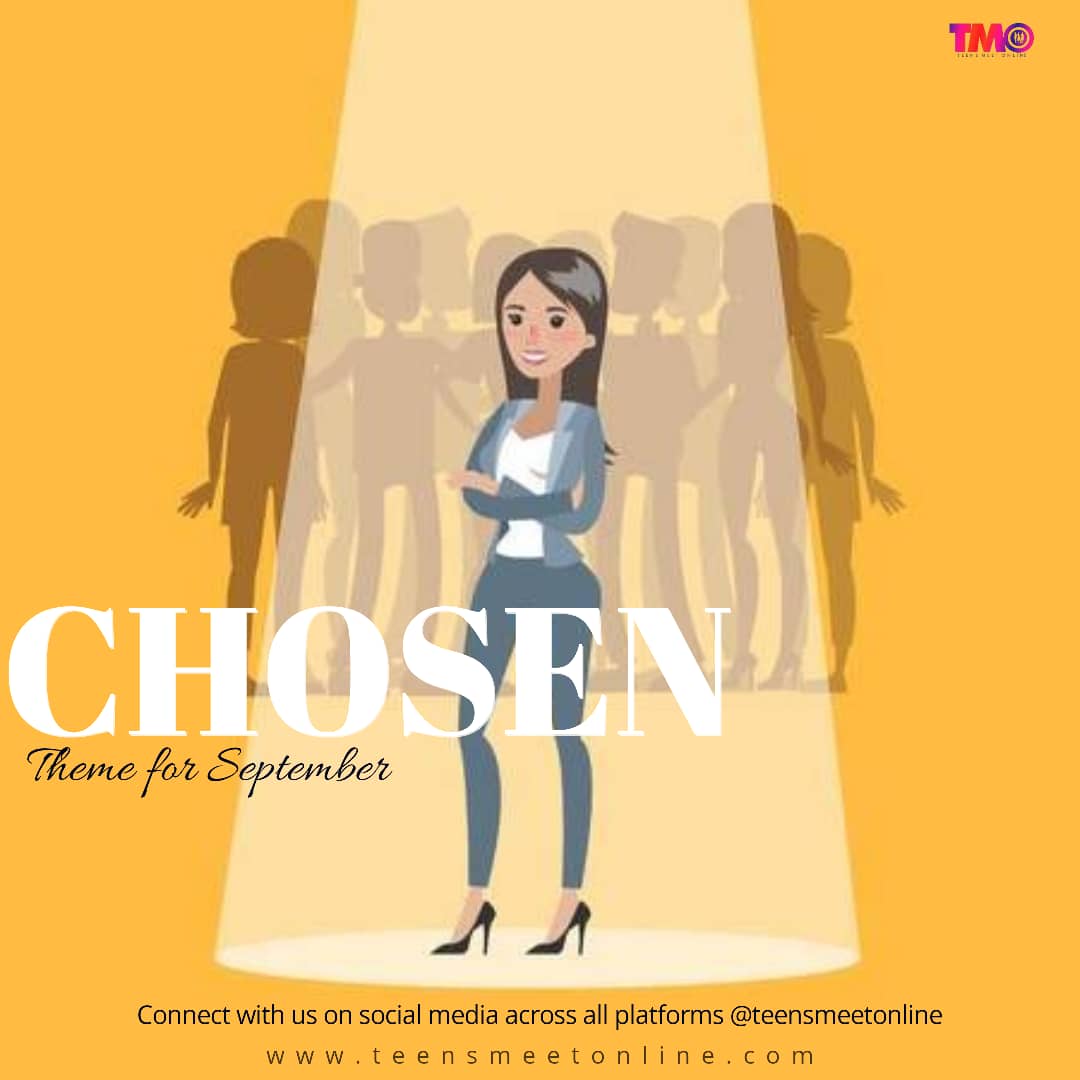 The Art of Listening beyond Hearing 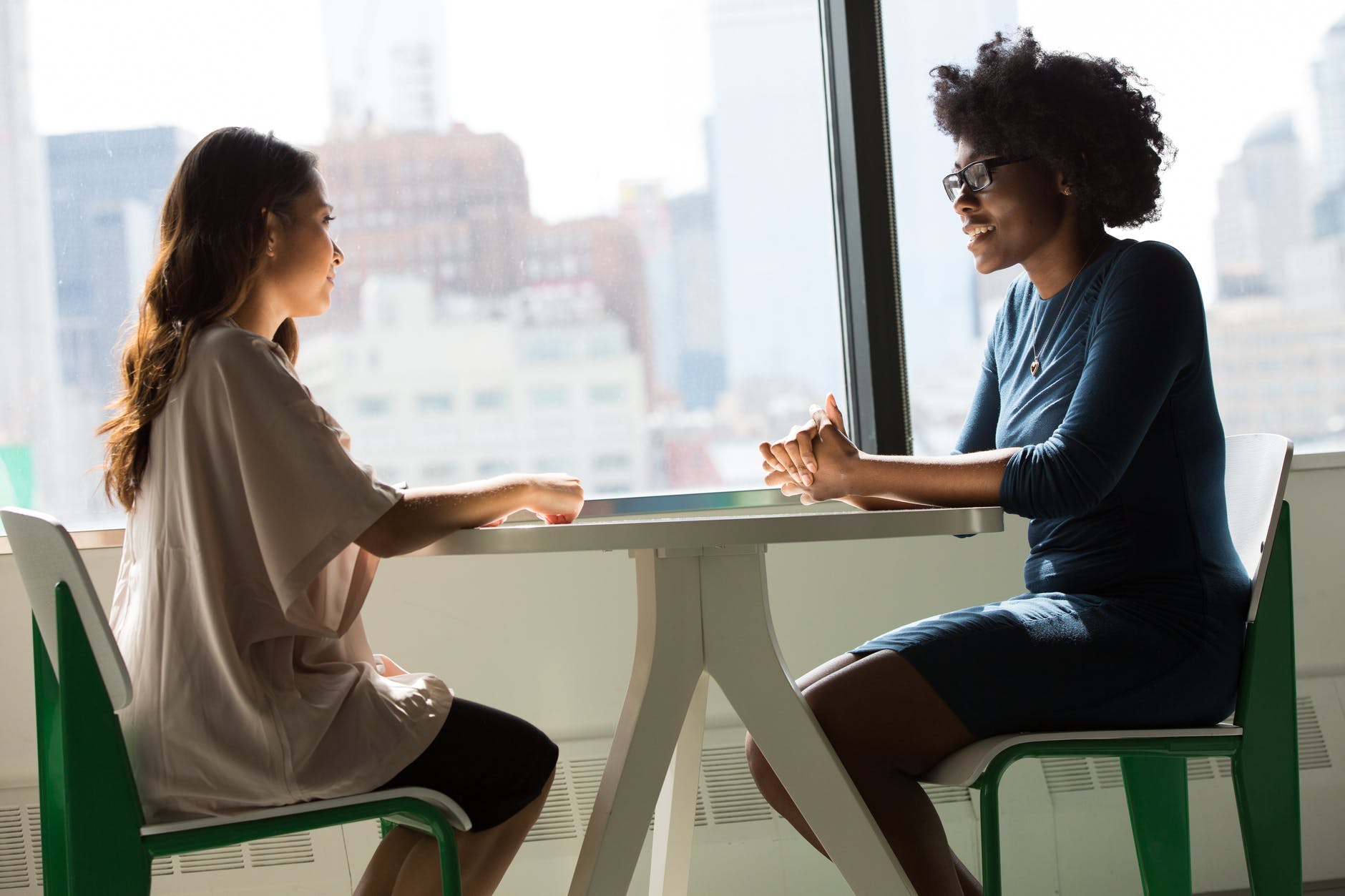 Creating a Second Chance After a Major Setback 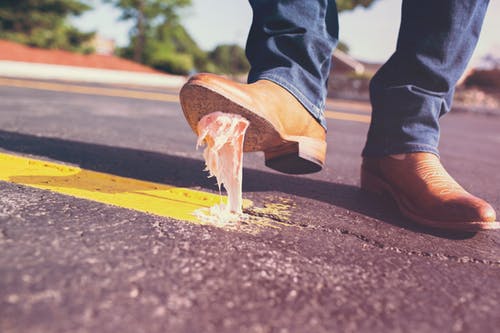 Letter to My Seventeen-year Old Self 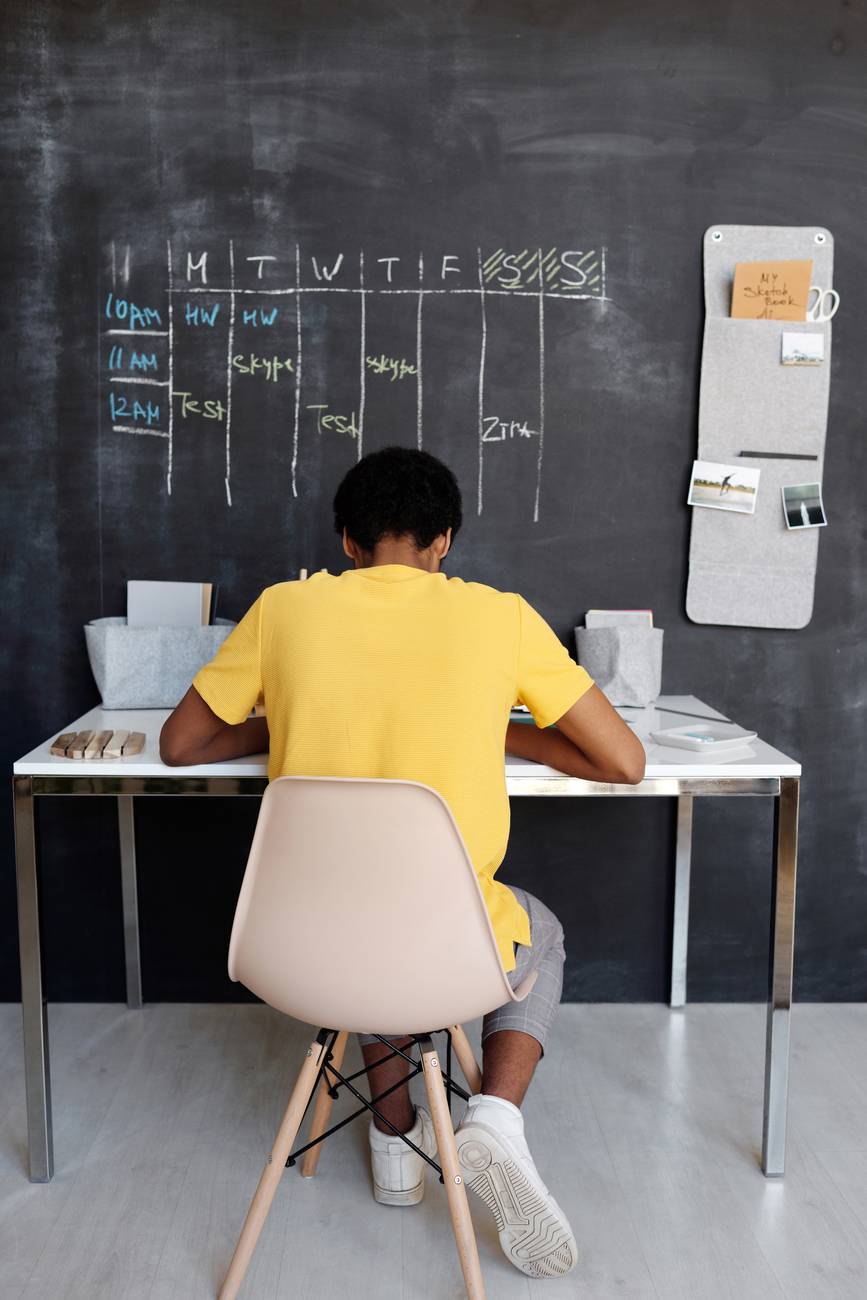