People often reckon with other people who possess an epitome of perfection. Just like there are different levels of folks in different fields and professions; computer professionals operate the computer system and newbie do same, the approach and the result makes the difference. Growing up, I have seen how teenagers approach things and the results that follow such approach.

Without gain-saying, there is a similarity and difference between the former and the latter, they are both teenagers but the latter choose to live exceptionally. I realize that living an exceptional life is by choice, a daily choice for that matter. Living and becoming exceptional isn’t about a teenager praying for ten hours daily, studying twelve hours daily and sleep for just three hours, that’s not healthy, don’t even dream of that. An exceptional teenager only pay cognizance to little instructions and details.

It’s mid-term break in school and mum says “wash the plate before I get back from work”. An average teenager will say “mum when will you be back?”, and an exceptional teenager says “OK ma” and goes straight to the kitchen almost immediately, to have the plate washed. This is a simple example to relate with. You will grow to become an exceptional teenager by being swift to obey. You’re given a work to do and you are not waiting until the eleventh hour before you do it or having the mindset of copying your friends, you are an exceptional teenager.

Don’t ever think an exceptional teenager is one who has three boyfriends, abuse her parents, lie and do all sort of evil things, those are the disobedient children, and never envy them for any reason whatsoever, it’s a wrong approach to life, and the result won’t be good. An exceptional teenager knows the right thing to do and he/she is doing it, or doesn’t know what to do and goes to godly people for counsel or pray as the case may be.

Morgan and Stanley are good friends, they are both from a Christian home. Morgan woke up one Sunday morning with a terrible headache, he ate and took drugs and ended up late to church, about ten minutes late.

Stanley was already in church, he came one hour earlier before the service began. Morgan prayed to God to forgive him of his sin of late coming.

There was a new member in church on that Sunday morning who lived close to the church and saw Stanley when he entered the church, he saw Stanley after the service and called him.

“I’m fine” Stanley replied with a smile, though confused as he didn’t know the man.

“I saw you come early to church this morning, and for that reason, I have a gift for you, keep it up and don’t ever come late to church, this is a meal ticket for you at Golden foods, bought the ticket yesterday but I couldn’t eat because of an emergency”

Stanley was very happy and appreciated the gift and the man left.
“Golden foods? Morgan, you know how much I’ve been dying to eat there, even if it’s just once”

“Happy for you, but come to think of it, you are always late to church, what happened today?” Morgan asked

“I actually came early so as to see Caroline, my crush”

“I knew it, I knew it!” Morgan said and giggled. I came late because I had this headache,
but I already told God to forgive me.

“I didn’t even pray this morning, had a nice time with Caroline and here is a meal ticket”

Two days later, Mr. Thompson, Morgan’s uncle came back from the US and threw a surprise family party at Morgan’s house and invited Golden Foods, Morgan was happy and also called Stanley over. 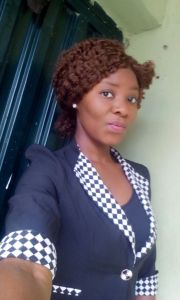 Deji-Omolere Precious, also known as Daprenita, is a young lady currently studying Science Laboratory Technology in the university. She’s a lover of God, humanity, and creativity. She is jovial and love being herself. She also writes and sings and is the sole proprietor of Da’Prenita Fashionz

✨ SUMMARY ON THE BLOG! ✨
A group of people with mind-blowing ideas will shake the world ✨.
#LPOH6 continues in Lagos Nigeria in September. See details in the image.
"We want you to come back, even every day if you can" - this summarizes our experience at Jiboroh Village today in The Gambia.
The TMO Gambia Team will be visiting Jiboroh Village this month for our Leaving Prints On Hearts outreach.
UPDATE ON LPOH 6 TMO IBADAN CHAPTER