For Temiloluwa, teenage years are actually fun, especially when crushes and temptations to slip in and out of relationships are involved. While she crushed on different guys all at once, she knew how to handle them and not let them get so much into her head. And oh yes! She keeps to her standard!

I’m Temiloluwa Akinleye and I’m glad for this opportunity given to me to share my story with you!

Life as a teenager, interesting and easy, is actually to me the most tasking phase of growing up. Many teenager understand how the emotions always seem to come and go, how you’ll be happy in the day and at night all you want to do is cry your eyes out!

A teenager’s life wouldn’t be so complete without the crushes, the temptation to date and do a whole lot of other things. But trust me, it isn’t all about this or about school too because you have to go through these things to at least prove you’re normal!

Talking about school. Flashback to 2015, I was an SS3 student, preparing for WAEC though I didn’t look like one. Yes, I wasn’t the kind of student that you wouldn’t see with ‘school books’ I was always with romance novels, storybooks, and what have you?!…I wasn’t much of an over serious student but within me, I knew I was relatively serious. I never read before exams, I used to do assignments well to an extent.
I was that student that, although never read, would still beat the whole class hands down. I had friends who would say ‘you think I will play with you? I won’t, because I know how are you are…’

I’m trying to arrive at something. So, I never read yet I always had the A’s even as a science student! My friends would say ‘see natural intelligence oo, Temi I hail!!!’ that’s to tell you how unserious I was.

Later on, it was time for WAEC and guess what? I cleared it real good, not extraordinarily good though. I remember when I was preparing for WAEC and mum sent me to stay with a family friend who lived near school so I would at least read; she even seized my phone but no, I just couldn’t be a ‘readaholic’. I have friends who still call and say ‘you better go and check that your WAEC result, are you even sure it’s your own?’ That’s how bad it was. Leaving secondary school, I didn’t get admission that year out of post jamb problems and A’levels was the next thing on my mind.

Before I even knew there was anything like A’levels, I was crushing on this guy, in fact I was crushing on several guys all at once and sometimes I would sit and be like ‘see me oo, I haven’t even gained admission and I’m here crushing around‘. But wait, does an unserious student not have the right to crush on some cute guys too?
I mentioned that before, emotions are compulsory and necessary because it’s one of the stages of life.

So, I had this crush and it even looked to me as if I had already found the ‘bone of my bones’ at that age! I was so convinced it was a perfect love story, that it got to a point I had to let him know I liked him. You would have expected me to jump up and dance if he had asked me out, which he did but my answer was a plain NO. Not because I no longer liked him but because I knew what I wanted and I had friends—real friends!

There were times even back in school where my Bestie would go and confront any guy who disturbed me. I had guys on my hands, asking me out here and there, like there is something in the world outside secondary school that makes guys notice you. I had friends who made me understand that I didn’t need guys yet as a teenager; friends who made clear what my goals should be; friends who understood what I was going through.

I had to remember not to let the sweet talks get into my head, I didn’t let lies sweep me off my feet because I knew what I wanted—I had a standard! Crushes aren’t meant for only unserious people like me, but rather a perfectly normal stage of growing up even for the always-reading-people so I didn’t have a crush just because I was unserious but because it’s normal.

I have gone through this and I’m still going through it but I learned to set goals, see how much God loves me, define who I was and give myself a standard. So I said I’m God-classed I have a standard, I am beautifully and wonderfully created, I’m God’s girl, His little angel! Yes I am all of that.

Always have it at the back of your mind that crushes are perfectly normal and you just have to handle them well! 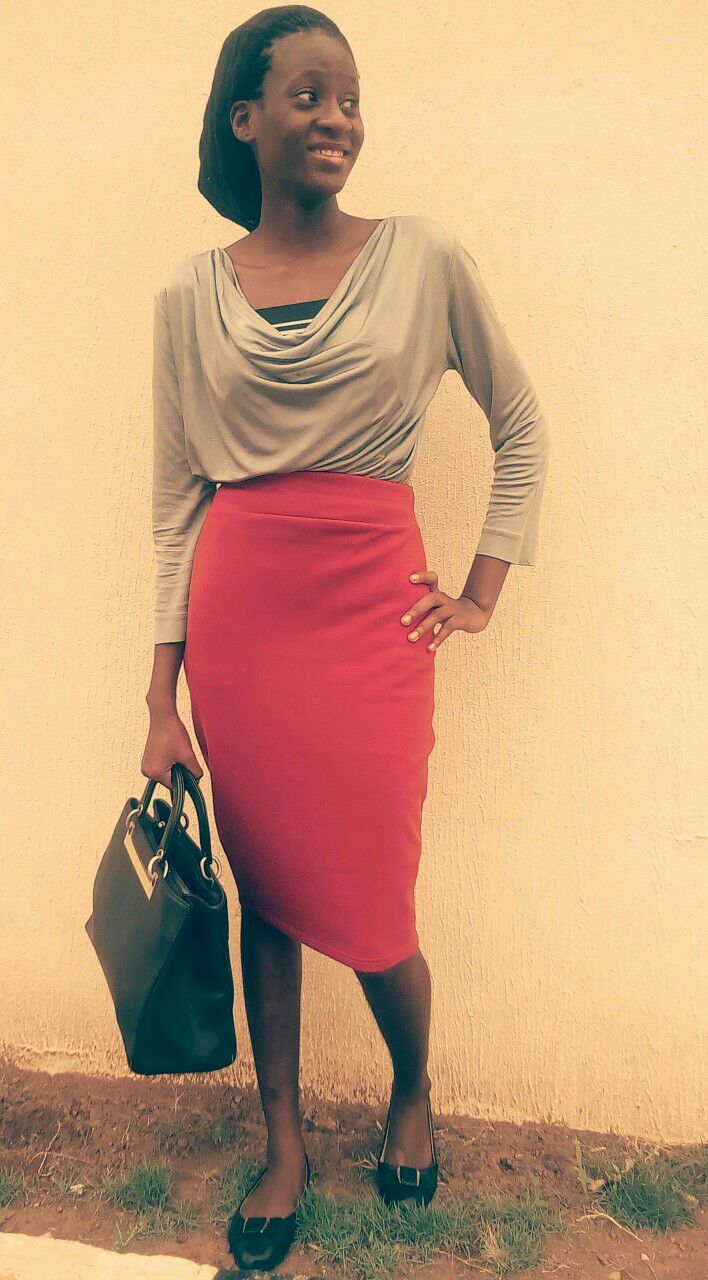 About the Writer
Akinleye Temiloluwa is an A’level student of Unilorin,she’s aspiring to be a medical doctor despite her ‘un-seriousness’. She loves to write to inspire teenagers, she’s God-driven and she enjoys having talks with teenagers and being able to make children happy.

You can connect with her via Facebook or her Email Address: akinleyetemiloluwa@gmail.com

Registration for TMO Conversations 6.0 has begun! 🥳
TMO Conversations is back with it's sixth edition! 💃🏾🎉
In this month of September and the coming months, the goal is to be resourceful.
A very Happy New Month to you from all of us at TMO! 🎉🎊
To everyone who donated, shared, volunteered and cheered us on, we say a huge THANK YOU!
TMO I B A D A N 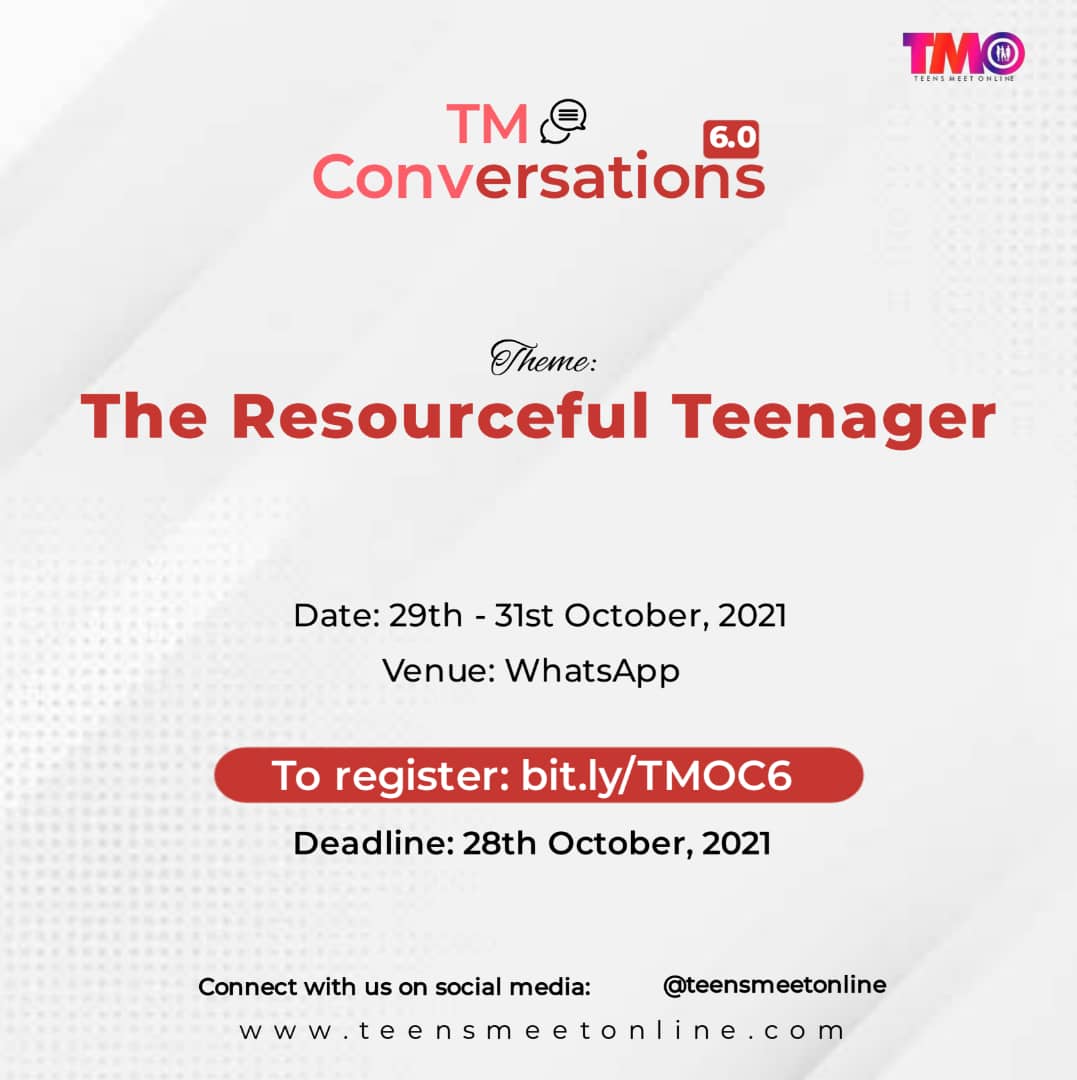 A Poem: The Girl Who Has Evolved