They say this life (world) is the survival of the fittest. Many of us know this word but have killed it; we don’t want to admit the fact that there is a big difference between pleasure and surviving. It’s not until you are going to parties and doing the fun thing before you get pleasure but it is a painful truth that many of us are just living a life of pleasure.

The society we are in now is all built on pleasure and the THIRST of pleasure can drive us to do crazy things.

I am sure some of us have experienced LOSING FRIENDSHIPS due to the circumstance that they are doing well, BETTER than myself (let me personalize it). I am just here, he has gained admission into the university and I am still at home. She is now a BIG girl and doesn’t have my time. He/she won’t want to relate with me because I am just here and have not achieved anything.

If you are still in that category, I beg you to get up and make something of yourself.

{Read: The Pressure of Becoming in the World Today}

Are you feeling sorry for yourself because you have not been given that admission into the university and you feel you are not at the same level as your friend? Or that God hates you?

Well, we all have different areas where we are affected by these changes, but the question is: what are you doing about it?

I am sure many of us have gone through this particular phase. Of course, let’s never forget the first step of making something out of you is to acknowledge God. God will always be mentioned in all my endeavours. I don’t know about you.

Permit me to quote a bible verse,

O LORD, I know the way of man is not in himself: it is not in man that walketh to direct his steps

This means that there is no better way to do anything in life than to ask God for the directive, for he is the maker of heaven and earth. He knows what is best for YOU. He knows the road you must take to succeed. So if you think you want to be successful without intervening God, then you have not started at all.

Once you have invited God to direct your steps, the rest is a GO. That your friend might have acknowledged God and you haven’t.

I am sorry, but you won’t progress with that kind of mindset. That XYZ is putting him/herself out there carrying God along, while you are there wallowing in your misconception. Make no mistake, some people are also giving the excuse of: “His/her family is rich that’s why they were able to do THIS”

Sit down there (sorry to say). Even that rich kid is putting himself out there, making things happen and acknowledging God for his works. People who are living a far terrible life that you are mourning about have stepped up their LIFE. Don’t wait for “I want to have this before I can start”, “I don’t have that, that’s why I can’t do this”.

You must come out from that bondage. Yes! I said BONDAGE. There is a saying that goes:

A person who doesn’t have much and will not give- who says when he HAS he would give?

The fact that you lack some privileges in life, what are you doing about it? Even if you are given those privileges, what will you do with it?

So, yes, we already know that not everybody is born with a silver spoon. We are over that already. ACT and create your silver spoon, don’t sit down there and join those with that perceptive.

This topic might seem as though you already have an idea of it but what have you done with it so far?

You probably know REMA- a Nigerian singer-songwriter. Many of us thought, including me, that he was some rich kid who got sponsored by his parents. Well, that is a lie. Rema, at a young age, lost his father and elder brother in Benin but because of his drive to change his life, he struggled. He left home at the age of 15.

Imagine, he travelled to Cotonou, spent a year there and went to Ghana from there. Going from studio to studio pushing his career as an Artiste who didn’t have any support, learning the style of music in those countries he went to. Also, doing regular jobs so he could come home with enough money and buy his mum a car.

To cut the long story short…

Yes, most of us will want to say it’s a lie and that he did some dubious jobs, I am sorry but we all have to come out of that shell.

Rema came back home with some amount of money to help his mum and to pursue his career (paying for studio sessions) only to do a cover video of a song (Spiderman) and he was taken from there. He was signed by MAVINS RECORD LABEL.

GO OUT! PUT YOURSELF OUT THERE!

{Read: Take Charge of Your Life!}

Some weeks ago, a friend made this statement:

I think what makes it hard for people to achieve goals in life is the spirit of fear.

Why don’t you come out of that fear, out of that doubt and trust in HIM to guide you and ACT?

Are you ready to take charge of your life and make something out of yourself? I’ll like to hear your thoughts in the comments.

2 thoughts on “Go Out and Make Something of Yourself!”

May this new year be kind to you. May this be the year you accomplish everything you set out to do. Raise your head high and stand tall!
TMO 2021 Wrapped! 🎉
May this season be a reminder of the relevance of Christ in our lives.
TMO Conversations 6.0 has come to an end and we will like to appreciate everyone who was a part of this.
It's another beautiful month and we're excited to share the theme with you - Always Learning ❤️
Registration for TMO Conversations 6.0 has begun! 🥳 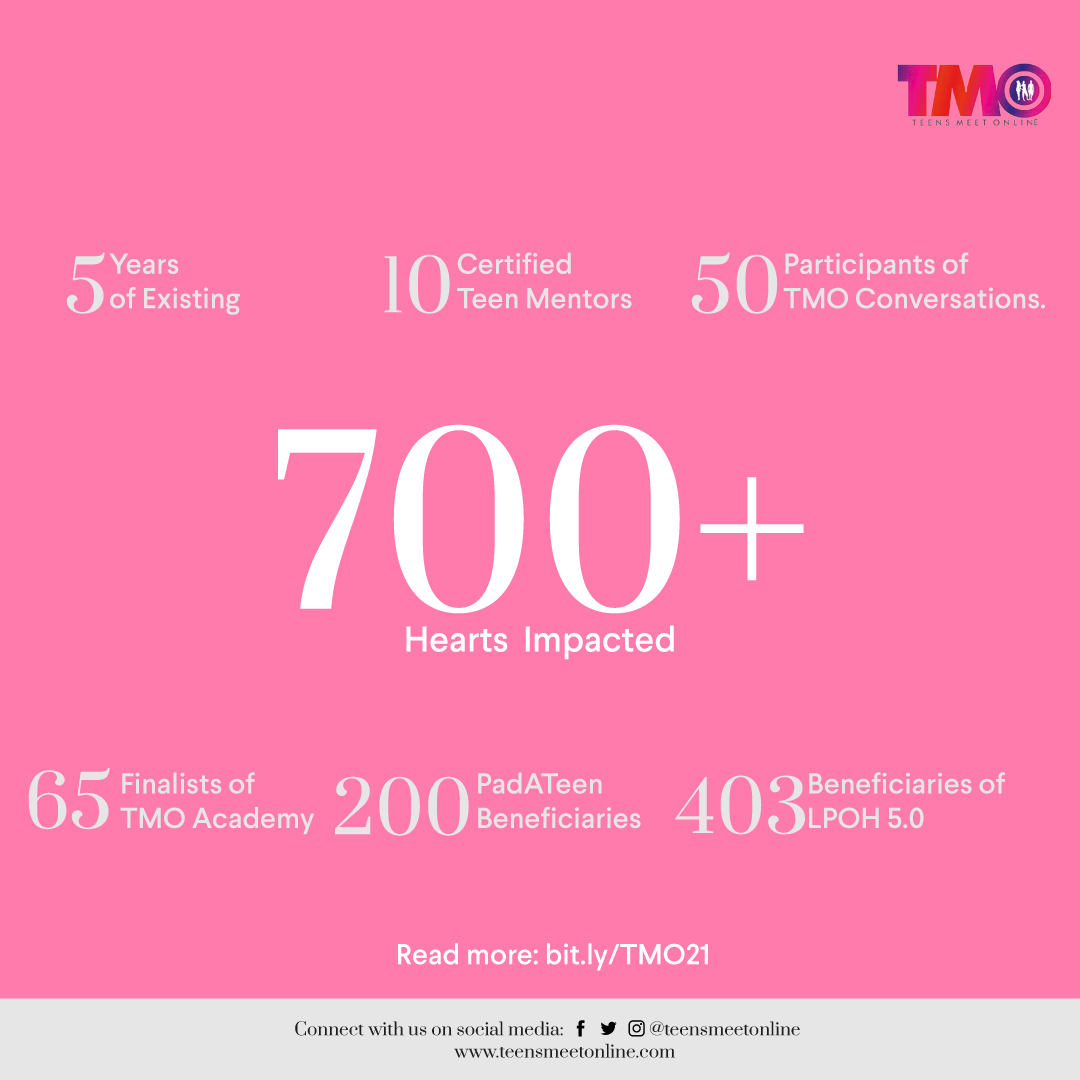 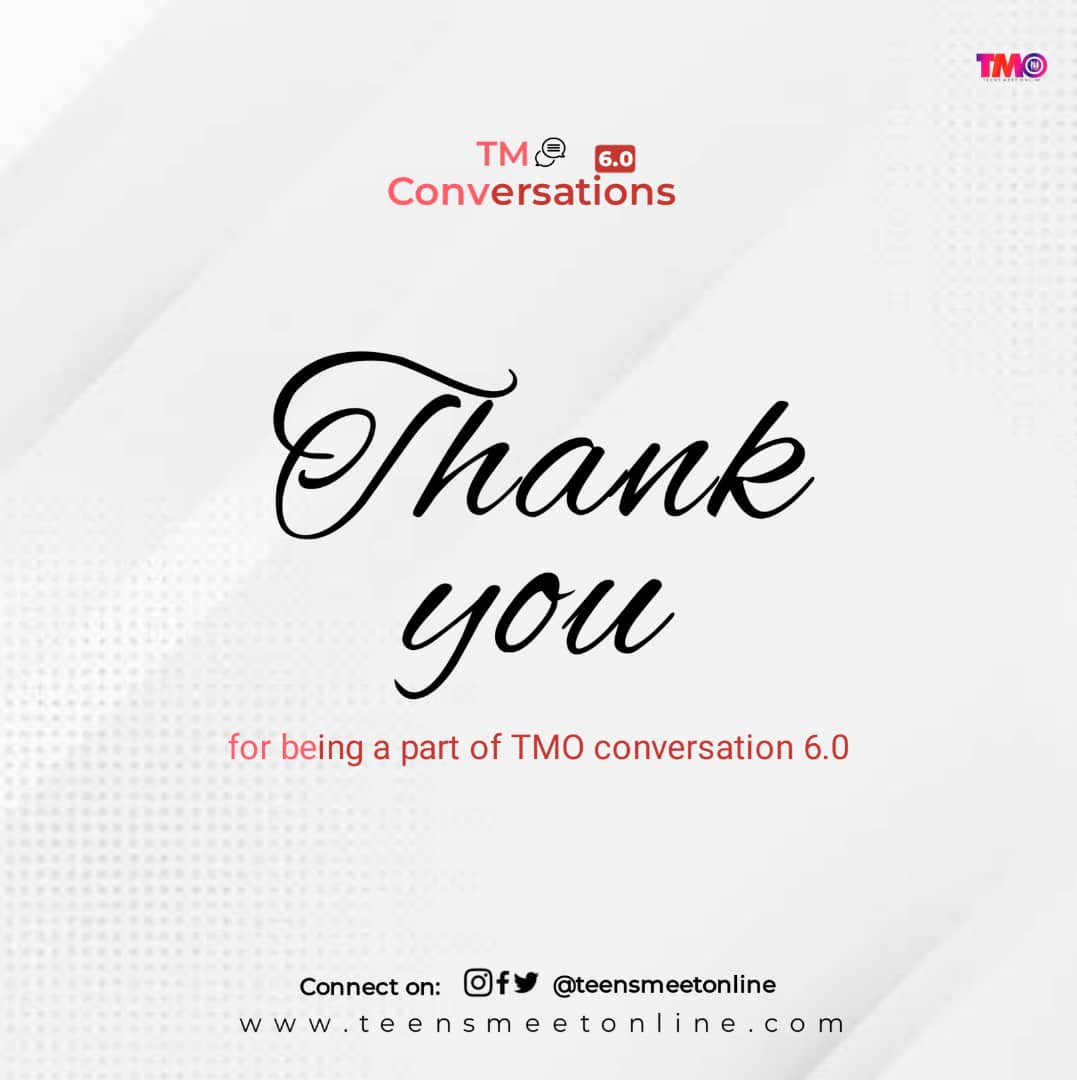